It Ain't OVER 'Til the Fat Lady Sings

Finally at the top of the castle, our heroes finally face the tyrannical OVER, who challenges Bo-bobo, Don Patch and Jelly Jiggler to an all out cannon-flying showdown where the losers get chowed by metallic bear traps. But while being thrown through the sky, knawed by metal teeth and being trashed by giant scissors isn't bad enough, the trio just can't stop making the bad guy angry at their shenanigans! (particularly Jelly Jiggler) However, when he's finally angry enough times, it may seem like it's GAME OVER, but... 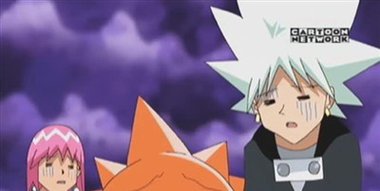