Visitation of the Beasts

Ryu and Ken visit India to learn about Hadou from a monk named Dhalsim who lives in northern India. Ryu and Ken fight some evil men who want to destroy Dr. Hanna's small hospital, that she says is a refuge for the poor of Calcutta. Ken makes a phone call that buys the land the men want to use as their own (that's why they try to destroy the hospital), and thus Dr. Hanna never has to worry about them again. When Ryu and Ken arrive in the village where Dhalsim is, Dhalsim refuses to teach them the ways of Hadou, because they are "beasts with an aggressive spirit", and thus are unworthy to be taught Hadou. Ryu and Ken befriend the villagers to impress Dhalsim and motivate him to teach them Hadou. Dhalsim eventually shows Ryu and Ken the Cave of Ancients, telling them never to go in there for there is a terrible monster in there. The episode ends as four men enter the cave, mad with greed. Apparently, they want the treasure in there. 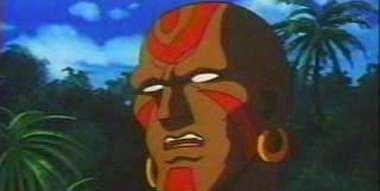