Lim Jaechun, who worked as a factory worker for 30 years and was suddenly laid off, spent 10 years in a tent as a sit-in. Director Lee Soojung calls her ‘sister J’. 10 years into the fight for reinstatement, Jaechun now writes, plays guitar, and sings while living in a tent. She says her personality has changed after 7 years of being laid-off from “originally timid” to being very lively. Sister J deals with a struggle for reinstatement, but it is actually a film about a single person, as stated in the title. This documentary brings artistic vitality to the ‘4,464 days’ Sister J spends on the site, with lines and music driven from the forms of the play into the cinema. 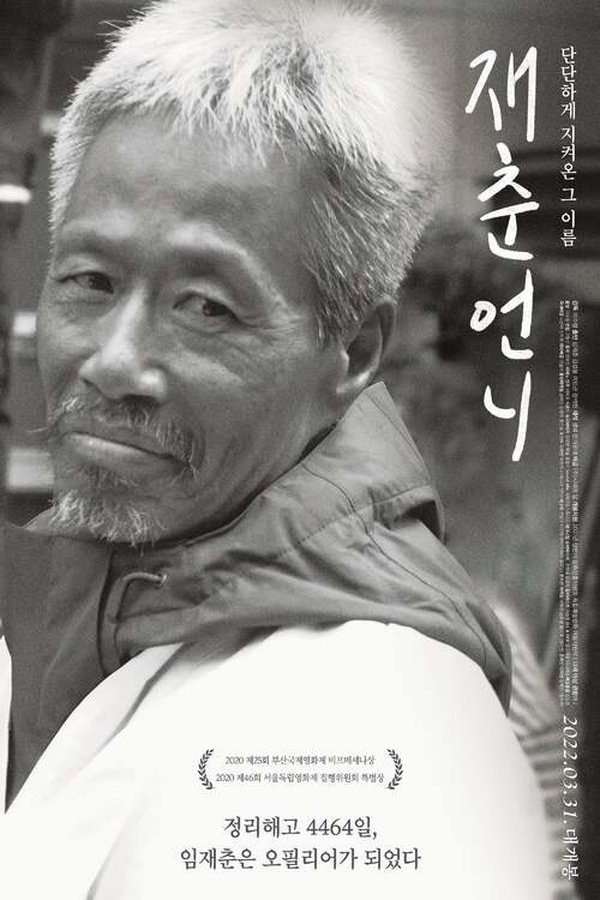