El Mono relojero is a 1938 Argentine animated short film directed by Quirino Cristiani. It is the only film from this director that exists up to this day, since all his other productions (including the first two animated feature films, El Apóstol (1917) and Sin dejar rastros (1918), as well as the first animated film with sound, Peludópolis (1931)) were lost in a series of fires at the facilities where the negatives and copies were stored. 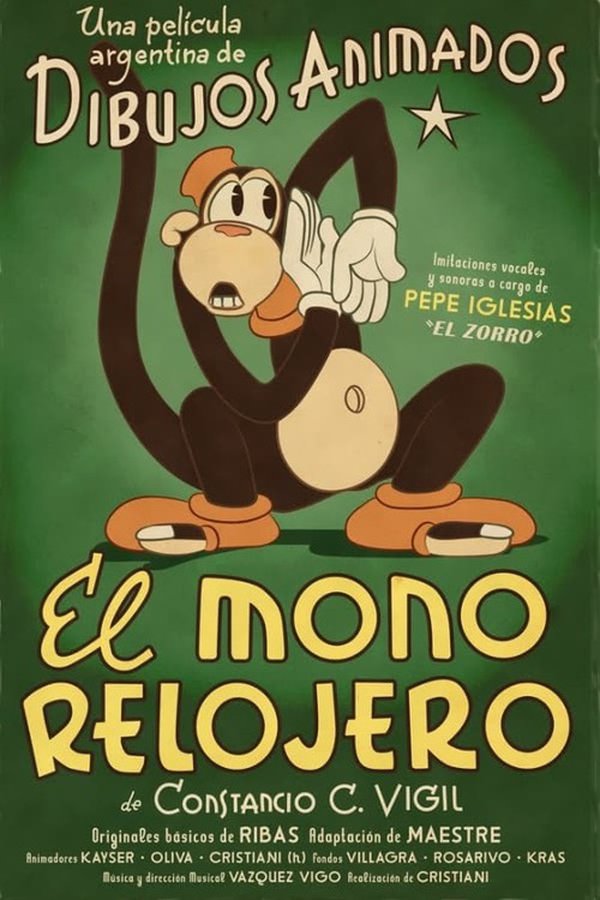