DeathSport isn't just a game. In the year 3000, it's the only way to survive!

1000 years into the future, after the Great Neutron Wars, the world is divided into desert wastelands and isolated city-states. Notorious "Desert Ranger" Kaz is forced to fight in the DeathSport, dueling on futuristic motorcycle "Death Machines". With the help of renegade vixen Deneer, Kaz must face his past and fight to save himself and his people. 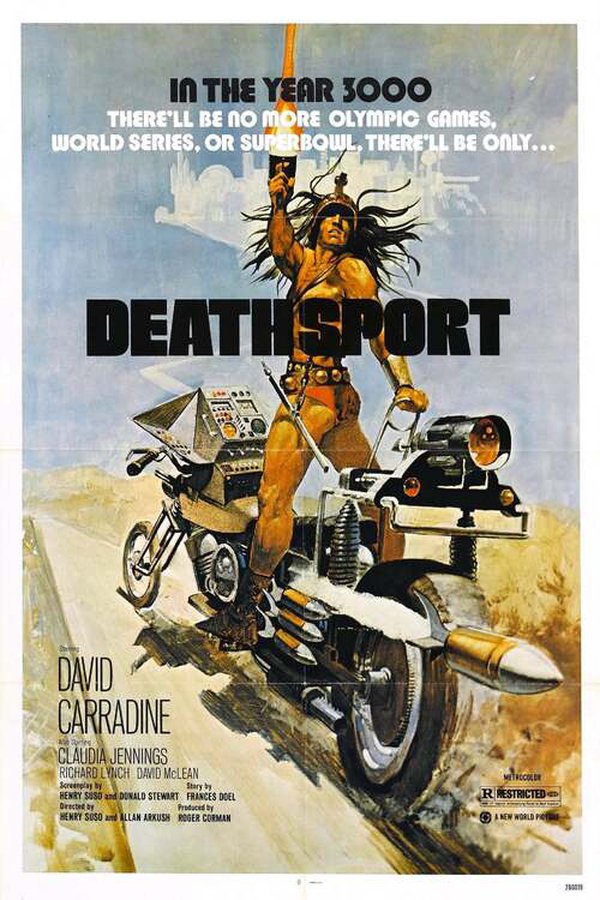