This Is Your Life Donald Duck

Jiminy Cricket is all set to give a testimonial to Donald Duck. But alas, Donald is relaxing at home, with no plans to leave any time soon. Literally dragged to the Disney Studio by his nephews, an outraged Donald relaxes a bit when he realizes that he's the guest of honor. Donald's life is recounted by such colleagues as Daisy Duck (who explains why she and Donald never married), Chip 'n' Dale, Mickey Mouse, Pluto, and even a few guest stars who never made a picture with the duck, including the Three Little Pigs, Snow White and the Seven Dwarfs and Lady and the Tramp. 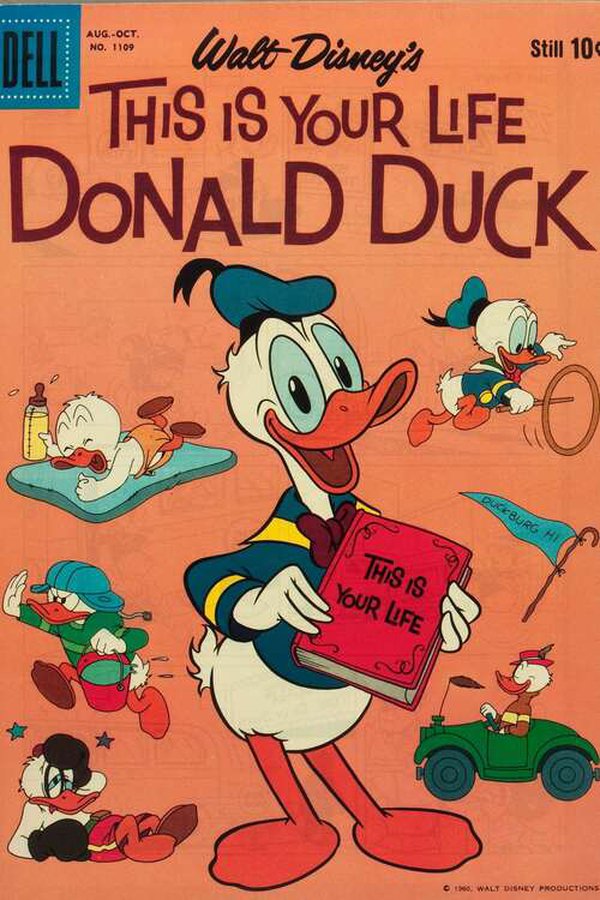