The Voyage of Captain Fracassa
1 May 1991 4 medlemmar

Serafina, Pulcinella and Isabella are three lusty, beautiful members of a traveling theatrical troupe touring the French countryside in the 17th century, leaving in their wake a crop of broken hearts. This picaresque romantic comedy is based on the 1863 novel Le Capitaine Fracasse by Theophile Gauthier. In the story, the company stops at a castle owned by the scruffy young Baron de Sigognac, who is deeply smitten with the charms of the middle-aged (and somewhat morose) beauty Serafina. He decides to travel with the company, and Serafina perversely tries to get him to woo the youngest of the company, the newly bereaved Isabella. 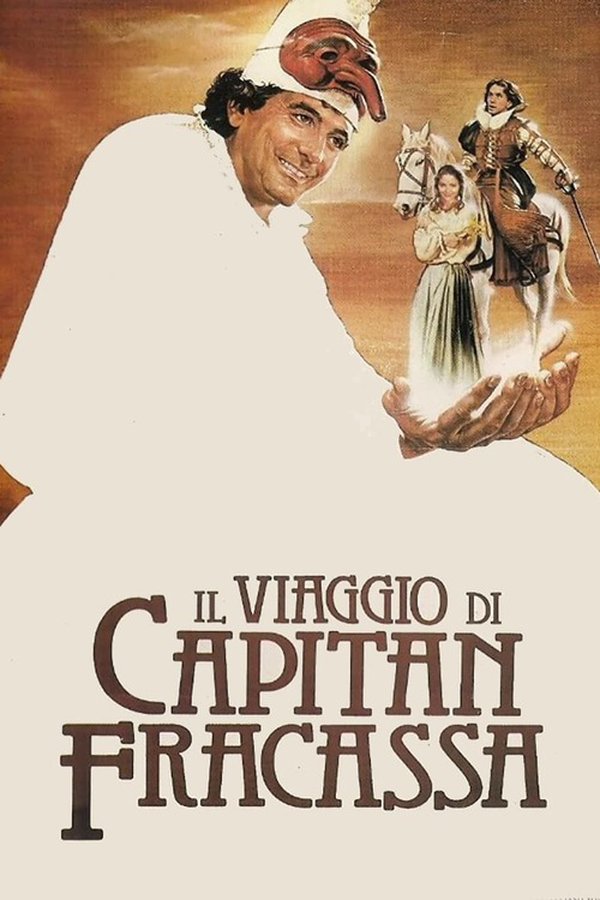