While the story of the Ako Clan's vendetta has been told countless times, never before has there been an array of major motion picture stars to bring new life to this timeless tale. Starting with the corrup practices of Lord Kira and Yanagi-sawa, the Shogun's Secretary, which in essence led to the incident of Lord Asano's attacking Kira in the Pine Corridor of the Shogun's Palace, this is the definitive version. Asano Takumi no kami was a young lord with high scruples, who refused to join in the general corruption and bribery which ran rampant in the capital at that time. By not giving bribes, he angered Kira Kozuke no suke the elder lord in charge of protocol at the Palace. Refusing to teach the younger man, and giving him false instructions was only the beginning. Insults followed, and a man of honor had no choice but to draw his sword in anger. Forty seven masterless samurai are willing to give their lives to avenge their lord. 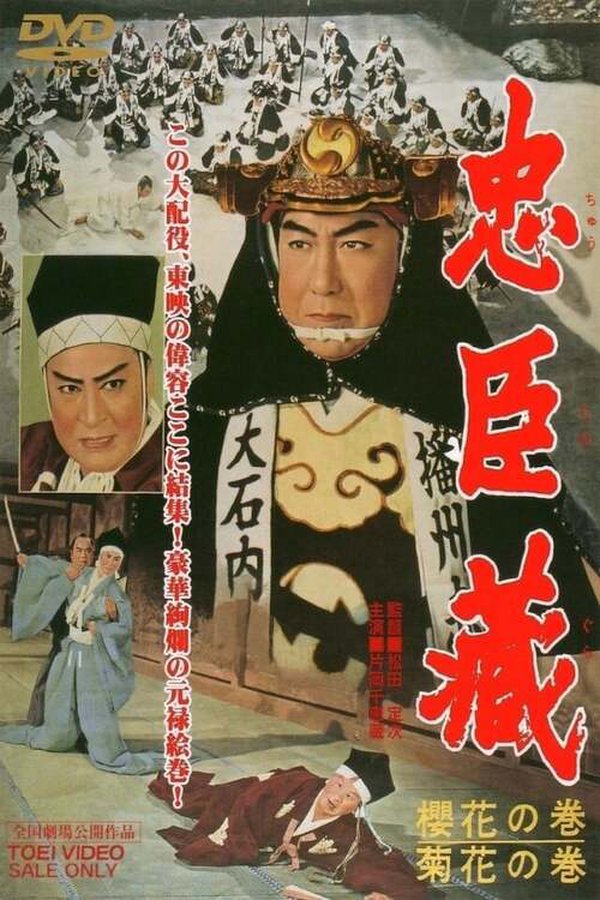