Gooische Vrouwen is a Dutch drama series, created by Linda de Mol for her brother John&#39;s Tien channel. Favourably compared to Desperate Housewives and Sex in the City, the series chronicles the lives of four upper-class women residing in Het Gooi (the Dutch equivalent of Beverly Hills) and ran from 2005 to 2009. It was the biggest success on the otherwise ill-fated Tien, and after the closure of Tien the series continued on RTL. Gooische Vrouwen has since been sold to Germany (for which version Linda De Mol dubbed her own voice), Belgium and France. 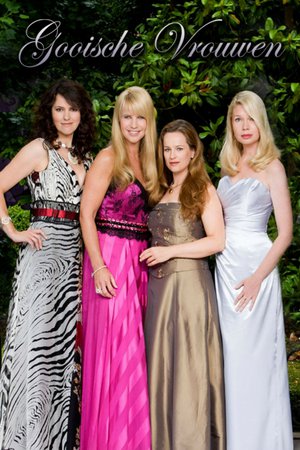