Set in an all new Gundam timeline, the story of Iron-Blooded Orphans starts three hundred years after an event called the Calamity War between Earth and Mars. Humanity has since terraformed Mars but many of the now indigenous population want independence from Earth. It’s here our protagonists Mikazuki Augus and Orga Itsuka come in. Part of a private security firm called CGS, Orga wants to break free and secure Martian independence but a terrorist group Gjallarhorn has other ideas. It’s here where Mikazuki makes the choice to pilot the ancient Gundam Barbatos and potentially help his friend Orga and Mars as a whole. 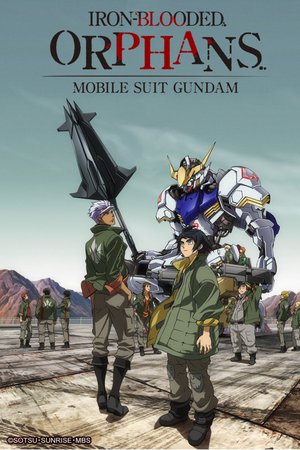