This week, the cast from "Secret Zoo," Ahn Jae Hong, Kang So Ra, Jeon Yeo Been, Kim Sung Oh, join Running Man to promote their movie. Each guest is the captain of a team with two other Running Man members. Hidden among them are two reincarnated members and two deities of death who are out to get them. Only the deities can eliminate members. The losing team faces the water bomb. 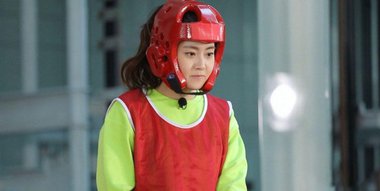