This week, Running Man visits Jeju Island in a very long time and gets the cast pumped up. Guests Han Ji Eun, Choi Yeo Jin, So E Hyun, and Lee Ju Bin join them as team leaders for the race. The wind, women, and rocks will represent Jeju Island as each team tries to collect one of each card through a series of missions and games. However, there is a bomb card capable of dropping them out of the race. Like always, the losing team faces a penalty, and the winning team wins a prize. 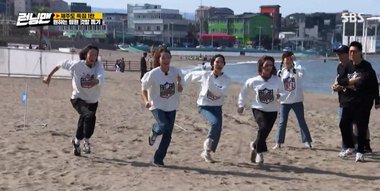