After a rocket malfunctions during a test, the Mercury 7 head home for Christmas. Shepard's holidays are fraught, as the arrival of his parents coincides with the adoption of Louise's niece. Gordo's former mistress forces her way back into his life, jeopardizing his relationship with Trudy. And Glenn attempts to win over a rising political star and presidential hopeful, JFK. 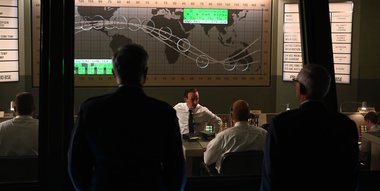