The Battle at Apache Pass

The Fighting Story Of The Great Cochise!

The movie depicts a fictionalized account of "The Bascom Affair" of 1861 and "The battle of Apache pass" of 1862. U.S. Cavalry officer Maj. Jim Colton(John Lund) is a sympathetic leader who has a working relationship with Apache leader Cochise(Jeff Chandler). Maj. Colton is undermined by corrupt and politically ambitious Indian agent Neil Baylor(Bruce Cowling) who sets up a false attack, and the abduction of a local farmer's son. While Colton is away investigating the matter, Baylor convinces Lt. George Bascom(John Hudson) that Cochise's band is to blame, and incites him to lead an expedition against the Apache band to return the boy. The expedition ends in disaster, with hostages executed on both sides. The Apaches and Cavalry later meet in a battle at Apache pass, the first time that the Indians meet modern (for the age) artillery 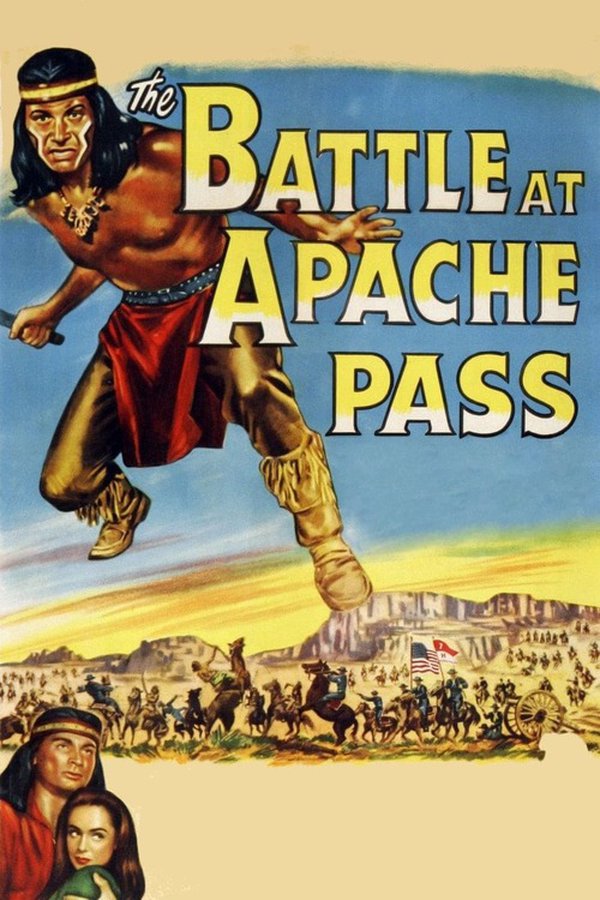