The battle over "Chinaman's gold".

Lawmen, drifters, and hired guns converge at a Northern California ranch believing its Chinese owners possess stolen gold. When two drifters hear rumors that a Chinese railroad worker has escaped with gold and now owns a remote ranch in the wilds of Northern California, the desperate men set a plan in motion to steal the gold for themselves. Saul, the youngest of the drifters, hopes to win the affections of Zhen and his beautiful wife, Kun Hua. Saul hires on as a farmhand, while his partner Bill lurks in the shadows and waits for the opportunity to strike. However, waves of worse men arrive seeking the stolen fortune, setting in motion a deadly multi-sided face-off of bluffs, gambles, and betrayals. Heathens & Thieves is a western crime drama set in an American era when the riches associated with the 1849 Gold Rush, the fallout of the Civil War, and the impact of Chinese immigration were fresh in people's minds. 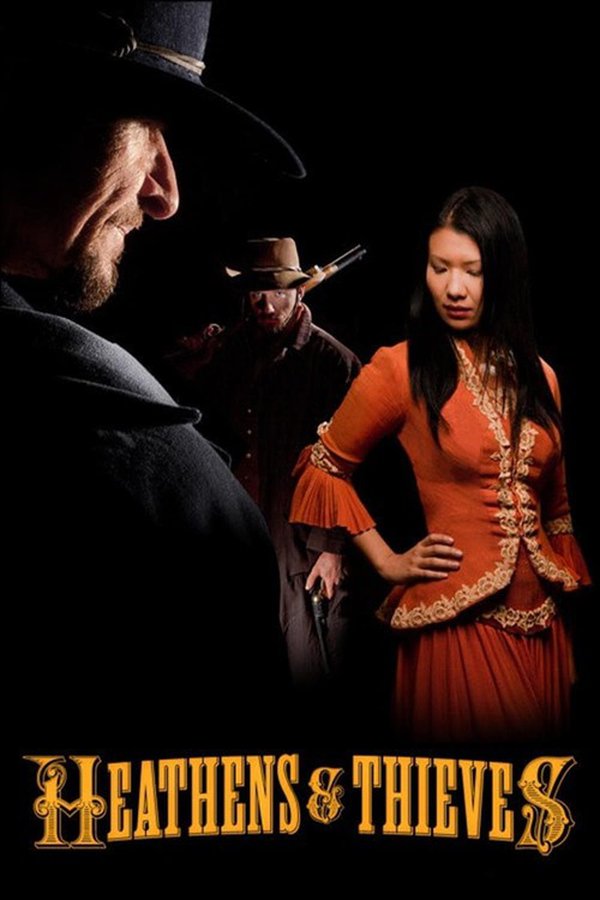