Barbie and The Sensations: Rockin' Back to Earth

After the first great concert for peace in space, Barbie and her band The Rockers are going to come back home. During the trip back to earth, on the space shuttle, they start to play a song ("Rockin Back"), few seconds later a "time warp" tunnel is forming in front of the Shuttle. Then they see there are a lot of clocks going backward inside the tunnel, at the end of that, the Shuttle lands on a strange airport. After the landing they meet Dr. Merrishaw (probably an astronomer engineer) and his daughter Kim, and learn they are in the year 1959, and then brings them around the city to have a look change. At the end, after a performance at Cape Canaveral, Dr. Merrishaw helps Barbie and the Rockers return to their time. Back in the present, they have a big concert, where Barbie is reunited with an adult Kim and introduced to her daughter Megan. 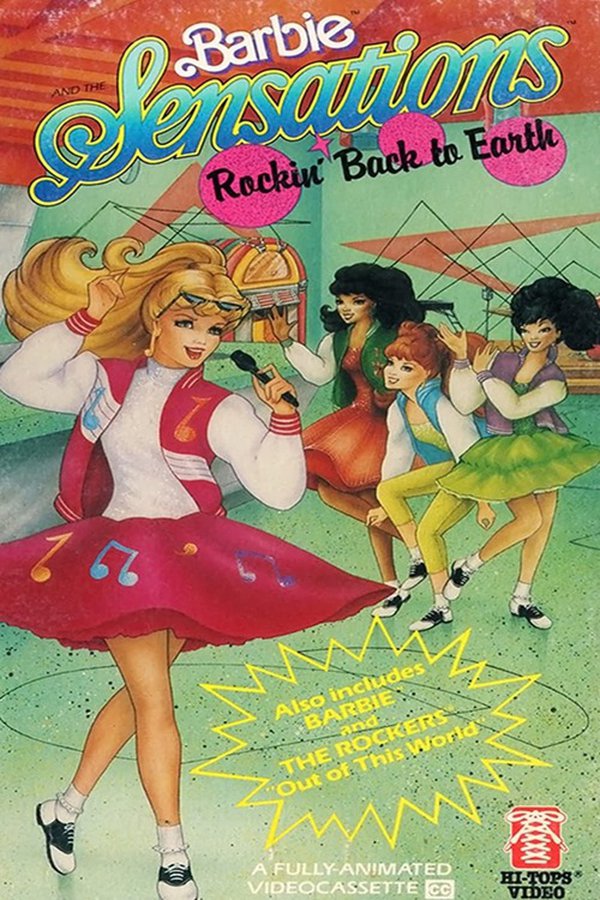