One stripper, six friends, and a pineapple.

Ken Andrews has been the orchestrator of the hazing pranks at all of his buddies' stags - elaborate, hilarious pranks that have left many emotional scars and a few physical ones. And now today is Ken's stag! He nervously awaits the fate that his pals surely have in store for him, comforted only by the knowledge that Carl will be there to watch his back. That is, so long as Carl can extract himself from the Hollywood celebrity, Veronica. Ken will soon discover that payback is worse than he could ever imagine. 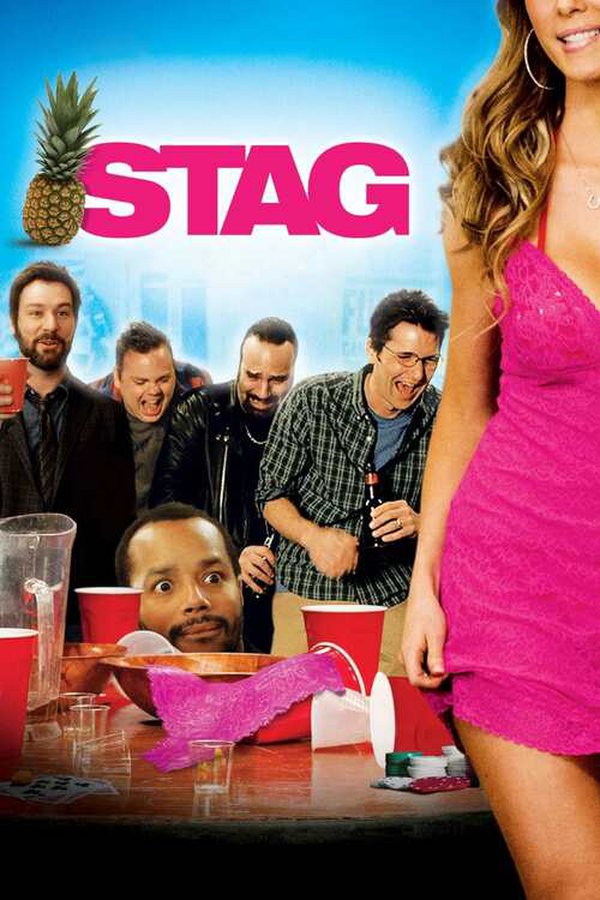