Conquest of the Planet of the Apes

All new! The revolt of the apes. The most awesome spectacle in the annals of science fiction!

In a futuristic world that has embraced ape slavery, a chimpanzee named Caesar resurfaces after almost twenty years of hiding from the authorities, and prepares for a revolt against humanity. 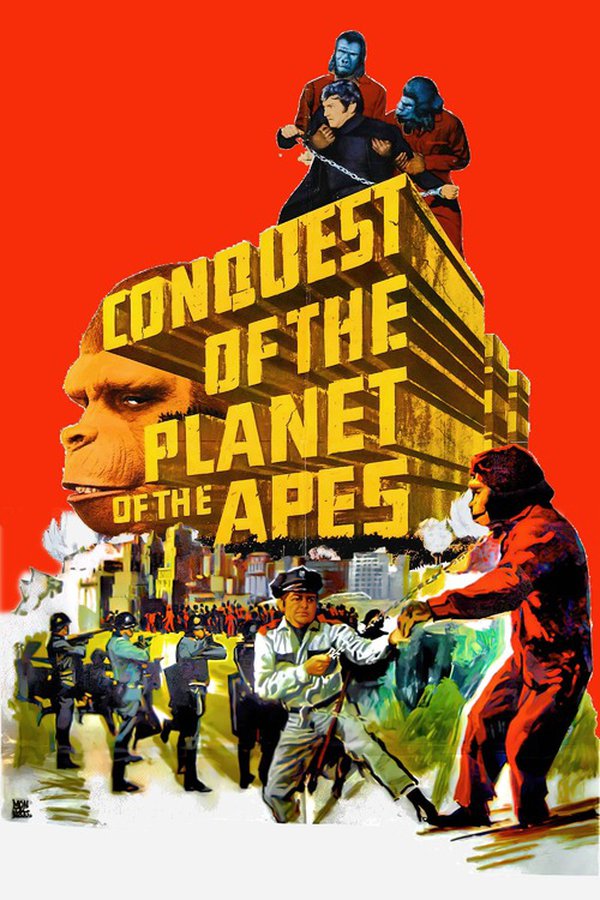