He sees dead people... and they annoy him.

A spirited romantic comedy, Ghost Town is the story of Bertram Pincus (Ricky Gervais), a cranky Manhattan dentist who develops the unwelcome ability to see dead people. Really annoying dead people. But, when a smooth-talking ghost (Greg Kinnear) traps Bertram into a romantic scheme involving his widow Gwen (Tea Leoni), they are entangled in a hilarious predicament between the now and the hereafter! 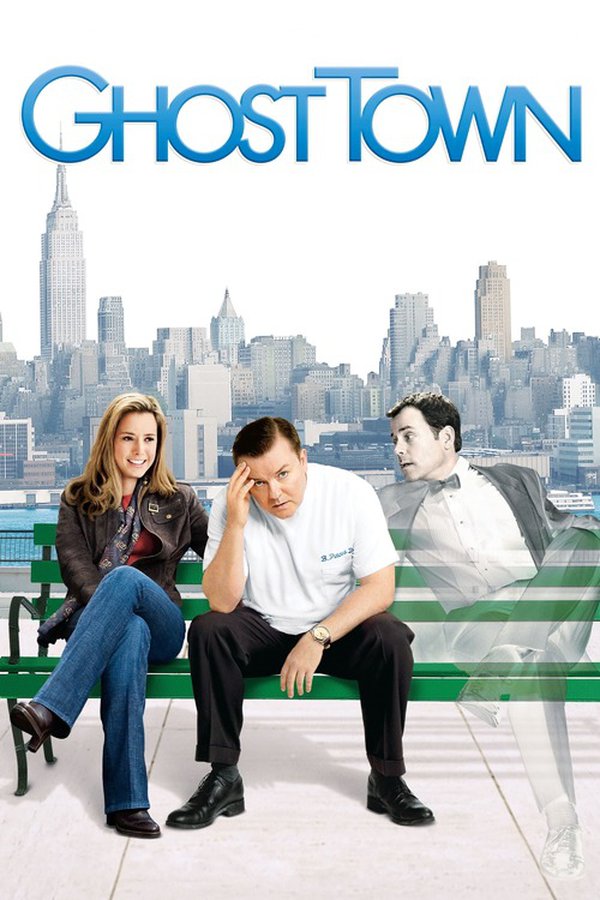