This is for the killer. Go to sleep trembling in fear tonight.

Police superintendent Makishima suffered a demotion transfer after he failed to capture the suspect in a kidnapping case of a boy, who was subsequently killed, and made a blunder in the press conference. Six years later, Makishima is improving his performance at Ashigara station, when he is summoned by the prefectural police headquarters and asked to take on the investigation of a serial child murder case which has reached a deadlock. Makishima, still bearing an emotional scar from the previous case, accepts the request, and pushes through an unprecedented investigation, where Makishima appears on TV as the person responsible for the investigation and appeals to the killer directly in order to bring him into the open. Despite being caught in disputes within the police force and facing criticism from rival TV stations, Makishima talks to the camera as the whole nation watches on. "This is for the killer. Go to sleep trembling in fear tonight." 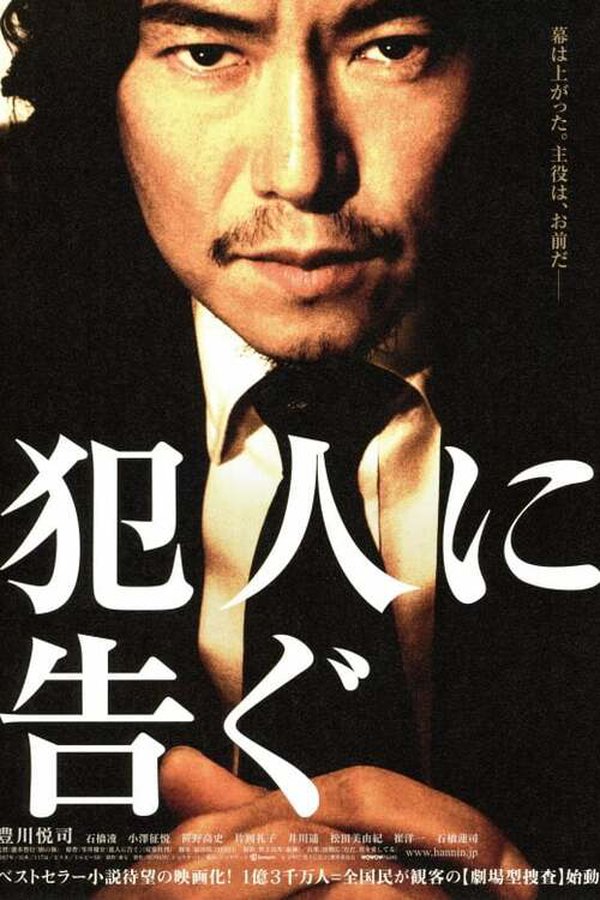