See, hear and feel the excitement and the music of America's pinball adventure!

Tilt is the story of a precocious young girl who is a pinball wizard. Because she does not get on with her parents, Tilt is contemplating running away from home. Skipping school one day, she decides to go to to Mickey's Bar. Mickey, who is Tilt's good friend, helps her set up a gambler for a pinball game. Because the gambler is unaware of Tilt's pinball wizardry, he is easily hustled out of his money. While watching the confrontation, a young man named Neil Gallagher, who is an aspiring musician, is impressed with Tilt's ability, congratulating her after the win. Neil invites Tilt to watch him sing at a rock concert, and after his performance she believes he can become a great singer. Because Neil needs money for a demo tape of his songs, he has an idea of taking Tilt with him and having her hustle would-be gamblers. 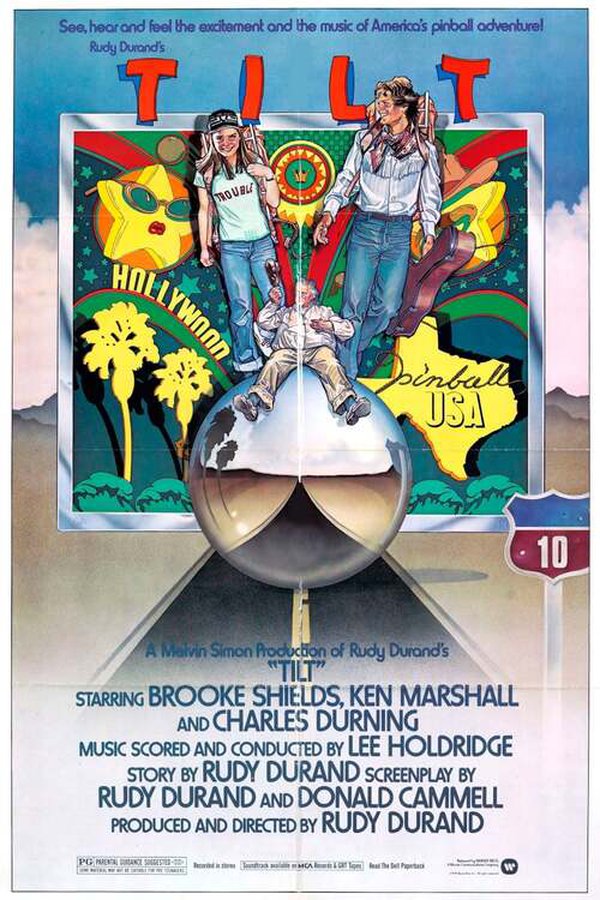