When the curtain goes up, the terror begins.

EC Comics-inspired weirdness returns with three tales. In the first, a wooden statue of a Native American comes to life...to exact vengeance on the murderer of his elderly owners. In the second, four teens are stranded on a raft on a lake with a blob that is hungry. And in the third, a hit and run woman is terrorized by the hitchhiker she accidentally killed...or did she really kill him? 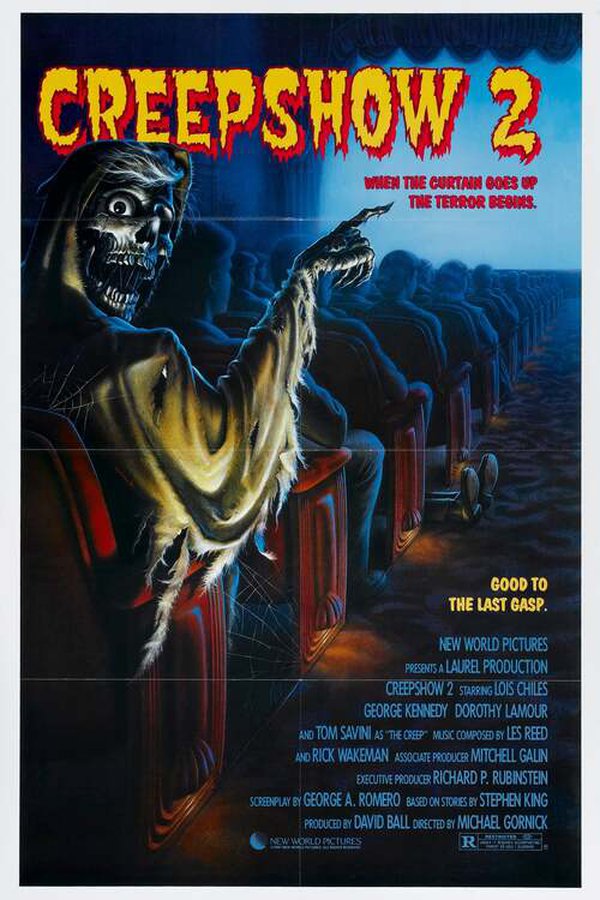