A live-action adaptation of Osamu Tezuka’s mature manga masterpiece MW (pronounced “moo,” like a cow), created to celebrate the 80th anniversary of Tezuka. When a top secret chemical compound called MW infects an island near Okinawa, the military is sent in to kill all the victims and cover up the incident. A survivor named Michio Yuki (Hiroshi Tamaki) grows up to become a highly-successful banker, but he is slowly being driven mad by the effects of MW. After committing a series of ruthless crimes to get revenge against the people responsible for the cover-up, he decides that the only way to truly get revenge is to unleash MW on the world and exterminate the entire human race. Takayuki Yamada stars as Father Garai, a priest desperately trying to save Michios soul—and possibly his own in the process—but not necessarily doing much to stop the crime spree. 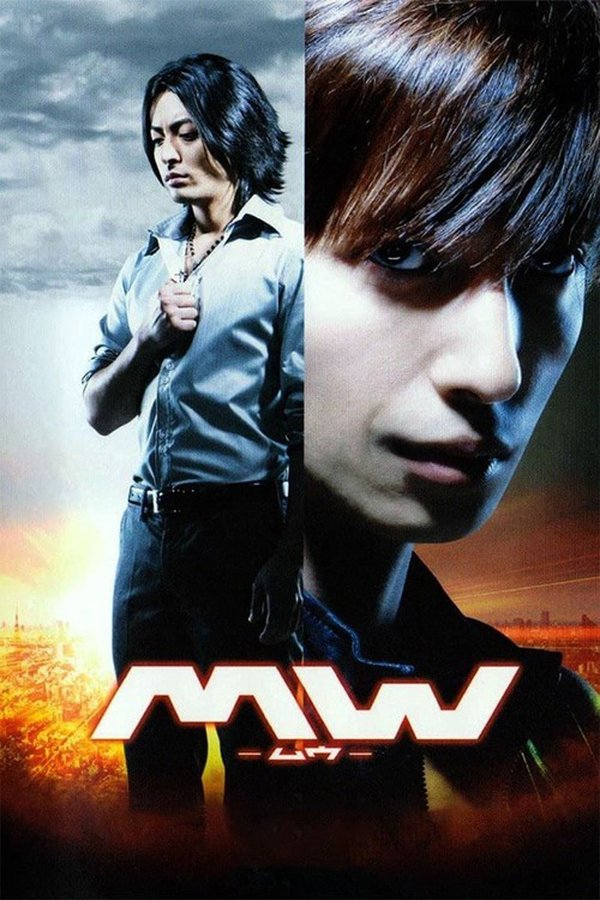