Welcome to the comedy club where young comics make every night riot night. Now, they're taking their act to the streets.

The laughs are nonstop as a gang of ambitious young comics strives to make it in the exciting world of stand-up comedy at the famous comedy club in L.A., The Funny Farm. These budding comedy stars are as crazy offstage as they are on: Miguel, America s funniest illegal alien ; Miles, who can t decide if he s a black comic or a comic who happens to be black; Bruce, whose manic act borders on insanity; and Peter, the intense political satirist. The Funny Farm is a hilarious and insightful look into those who live the lives of comedians. Starring comedy superstar Howie Mandel (Walk Like a Man, Deal or No Deal, America s Got Talent), game show legend Jack Carter (The Hollywood Squares, Match Game) and the great Eileen Brennan (Private Benjamin). 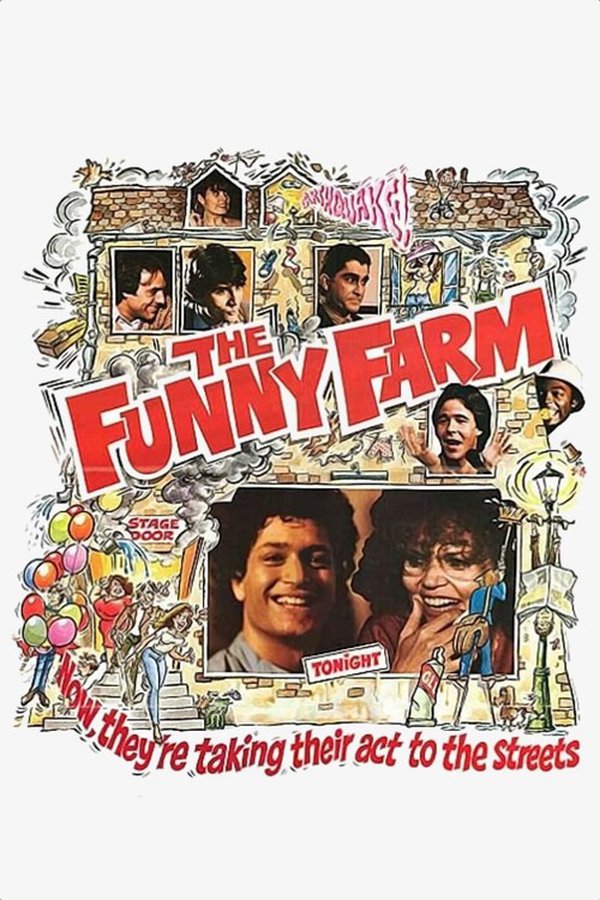