In March 2012, Syrian migrants began flooding many parts of the world, including the impoverished Bekaa Valley in Lebanon, searching for work and a temporary respite from the beginnings of civil unrest. Ten years and over six million refugees later, the ongoing displacement of Syrians remains the largest human-forced migration crisis of our times. Shot over an unparalleled decade, Lebanese-Syrian director Noura Kevorkian follows the plight of Maria and her community of Syrian migrant workers who, after toiling for decades in Lebanon's fertile Bekaa Valley, find themselves unable to return to their hometown of Raqqa, Syria. Unique among the numerous refugee stories to date, Batata showcases Kevorkian's keen eye and unrelenting commitment, capturing an entire decade of marriages, births and deaths. What is documented is not just the age-old conflict between Syria and Lebanon, but more importantly, the unbending spirit of a woman who puts family and community ahead of all else. 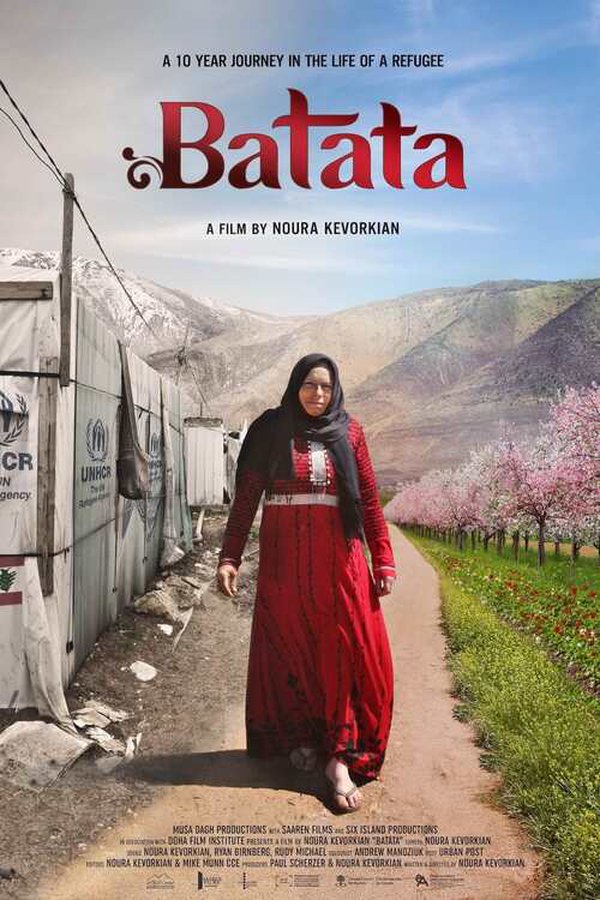