Shimazu Toyohisa, while involved at the Battle of Sekigahara, manages to mortally wound Ii Naomasa, but is critically wounded in the process. As he walks from the field wounded and bleeding, Toyohisa finds himself transported to a corridor of doors, where a bespectacled man at a desk waits for him. This man, Murasaki, sends Toyohisa into the nearest door where he wakes up in another world. There, Toyohisa meets other great warriors like him who have been transported as well, to be part of a group known as "Drifters". This world contains both native humans and a number of fantastical races, including elves, dwarves, and hobbits. However, the world is at war, with the humans waging a losing war against another group of great warriors, the "Ends", who wish to take over the world and kill all of the Drifters. Under the Ends' command are many terrible creatures, including dragons, which they use to destroy everything in their wake. At the start of the series, the Ends' army has control of the northern part of the continent, and are currently trying to invade the south through a pivotal fortress at the northernmost tip of a nation called Carneades. Meanwhile, the "Octobrist Organization", a group of human magicians native to this world, attempt to bring together the many individual Drifters to save their world from the brutal Ends. 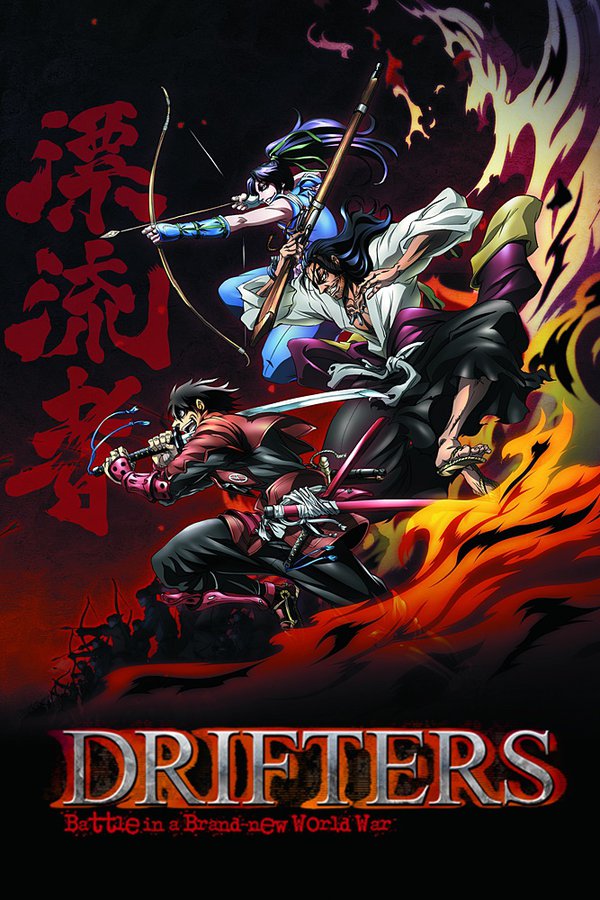