Also Known as "Lightning Eleven" in English. Base on Japanese Manga Series written and illustrated by Tenya Yabuno and base on a series of video games created by Level-5. An anime series use based on the game aired on the TV Tokyo from October 5, 2008 until April 27, 2011. and Continue Following Series with News Casts, it call "Inazuma Eleven Go ("Lightning Eleven Go" in English), and aired on TV Tokyo network from May 4, 2011 until March 19, 2014. // Inazuma Eleven Plot (Season 1): Mamoru Endou is the perfect example of a typical football fanatic who seeks to follow the footsteps of his grandfather. His grandfather was the former coach Raimon's Football Club where he is today. The scenario takes place at Rimon Gakuen college and the story revolves around Teikoku antagonistic college celebrates its strength, speed and total cruelty. The author shows how Endou and his friends overcome obstacles, how they face a lack of enthusiasm, discouragement and fighting against other teams to achieve their goals! // Inazuma eleven Go Plot (Season 2 - 4): Tenma Matsukaze is a new student at Raimon Junior High. Due to his love for soccer, he decides to join the school soccer team, which gained its reputation after the amazing performance shown ten years earlier in the Football Frontier International, a tournament that hosts the best youth teams the world has to offer. Unfortunately, the once renowned school doesn't have the soccer spirit it once enjoyed. This is primarily due to the fact that soccer in Japan is now controlled by a dark entity known as the "Fifth Sector." They alone decide the fate of every match, instructing teams to either win or lose. The actions of the Fifth Sector have beaten down the country’s soccer teams, who no longer have a love for the game. Tenma and his teammates will look to shift this paradigm and fight back against their evil oppressors. Thankfully, they will not be alone in this battle, as they will get help from a group known as the "Re 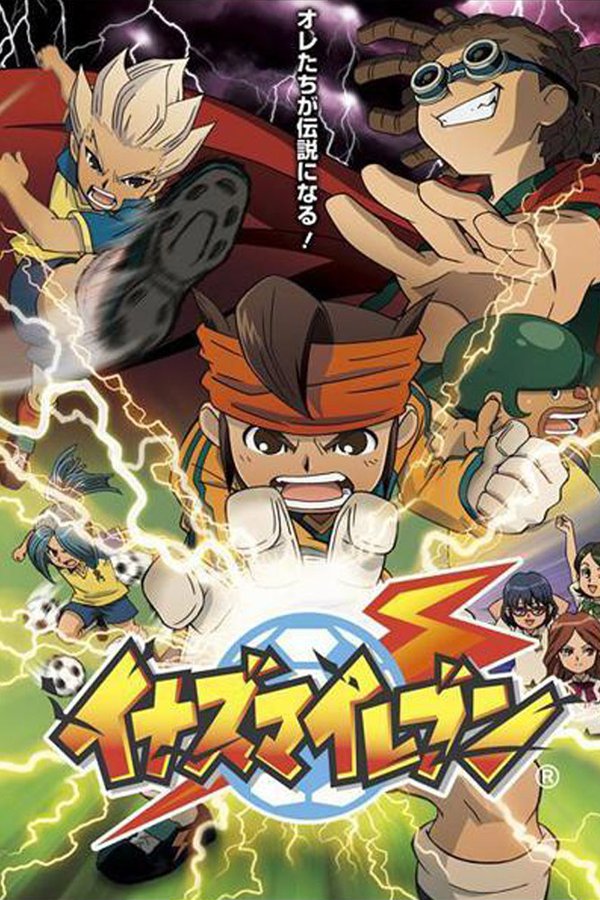