In this television show for babies, the four colorful Teletubbies coo and play in idyllic Teletubbyland. They repeat fun, infant-pleasing activities such as rolling on the ground, laughing, running about, and watching real children on the televisions on their bellies. Mysterious pinwheels and telephones rise out of the meadow to loosely direct the day's activities. The Sun, featuring a baby's face, comments on the proceedings with baby noises, and it rises and sets to begin and end the show. 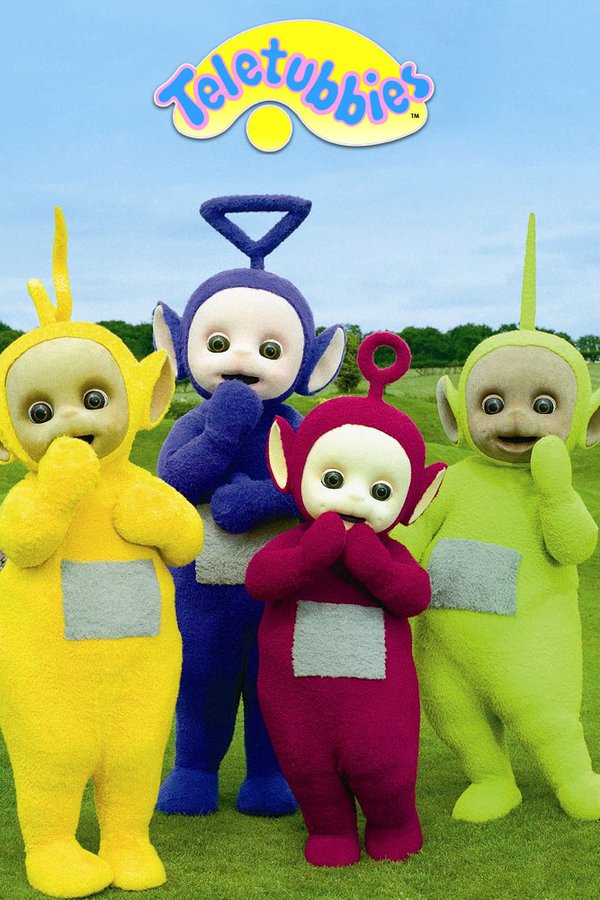