A present-day crime thriller exploring the tensions on the US-Mexico border. When an American judge known for her anti-immigration views is found dead on the bridge connecting El Paso and Juarez, Sonya Cross from El Paso PD must work with her Mexican counterpart from Chihuahua State Police, Marco Ruiz, to catch a serial killer operating on both sides of the border. Marco understands the slippery politics of Mexican law enforcement, and while his police force slowly succumbs to the pressures and demands of the cartel, he's one of the last good men in the department. He's charming, but will do whatever it takes to get what he needs -- which doesn't sit well with Sonya, who has Asperger's and strictly follows rules and protocol. The case quickly pulls them into a string of murders on the border, a scene already consumed by illegal immigration, drug trafficking, violence and prostitution. (Adaptation of Swedish-Danish series Bron|Broen) 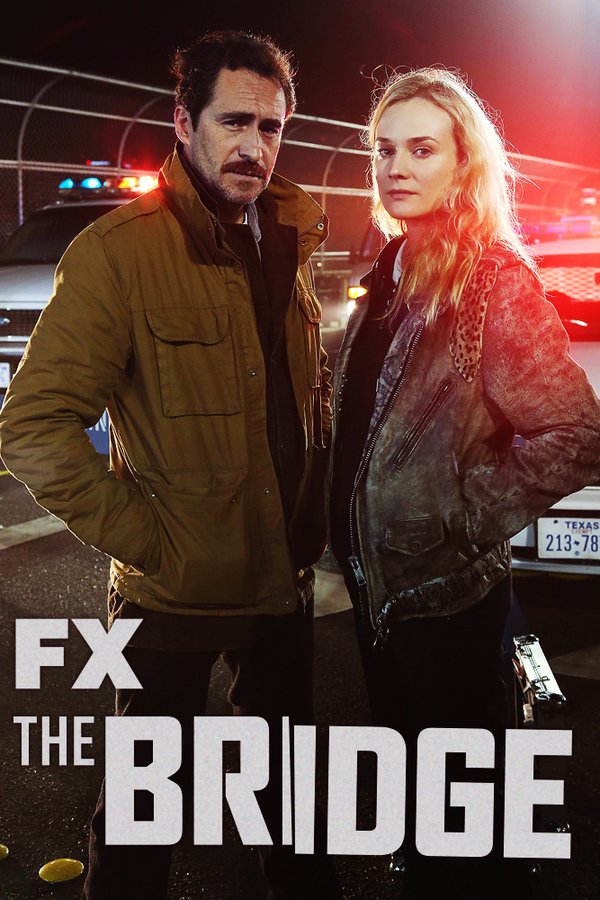