Tonari no Seki-kun: The Master of Killing Time

The original manga revolves around a girl named Yokoi who sits next to a boy only known as Seki-kun. During class, Seki-kun continues to not pay attention and instead creates amazing little distractions, such as a detailed golf course with the course's hole being a dent in his desk, or an entire dramatic war being played out by paper shogi pieces. Yokoi often finds herself getting reluctantly interested in his games, even though they always seem to end up getting HER in trouble with the teacher! 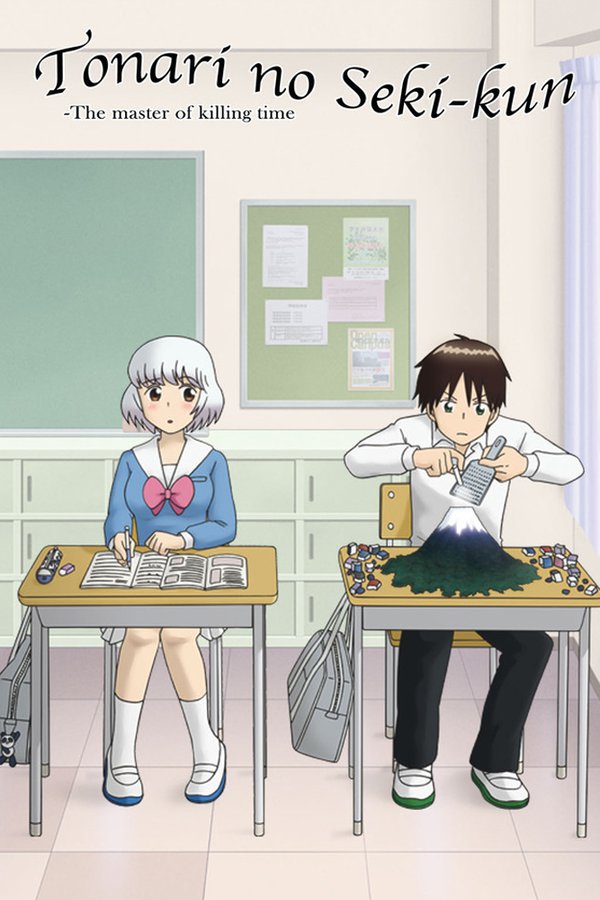