Ash loves two things: his family and catching criminals. A botched operation leads him to join the Unit, a new undercover law enforcement team, operating outside of the police but with one goal in mind - to get to the criminals at the very top, the ones most skilled at evading justice. Catching the biggest criminals is music to Ash's ears. Here is his chance to make a real difference, to put the most ruthless criminals away, the ones who do the most damage in society and mostly get away with it. But his other more secret agenda in joining the Unit is revenge. Ignoring his wife Lorna's fears of the risks this new job might entail and her dreams of a safe life for their family, he throws himself obsessively into his work. Driven by the ghosts of his past, and uncompromising in his approach, Ash's knowledge of the street soon starts to pay off. The Unit get under the skin of a serious criminal drug gang, but as they begin to climb further up the organisation's hierarchy and identify the key members, Ash's two goals in joining the Unit are brought into sharp conflict. When it comes to it, can Ash put his personal feelings aside in order to learn more about an organisation bigger than any of them could have imagined? And if he can't, where does this leave his role in the Unit? 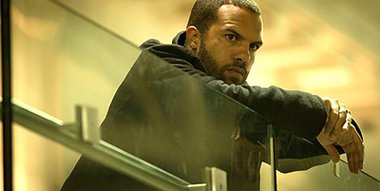