It begins with Faye complaining about the Bebop's shower. Her nagging of Jet leads to a question about his arm. Then an old partner of Jet's during his days with the ISSP, Fad, calls up wanting to team up with Jet one last time. Fad wants to go after a runaway prison ship that happens to be carrying an old enemy of Jet's, Udai Taxim, who used to be an assassin for the syndicate. Udai had something to do with Jet losing his arm. Jet at first refuses, but finally decides that this is something he must do. 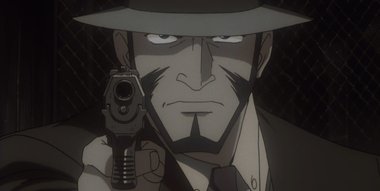