After Shepard’s dramatic voyage to space, he feels underwhelmed and restless. Heeding Glenn’s advice, Shepard attempts to quell his ambition with gratitude for his wife and children. While Shepard’s marriage somehow remains intact, Gordo and Trudy’s may never recover. Meanwhile, when JFK publicly issues a challenge for NASA to send a man to the moon, Glenn’s drive to top Shepard is reignited. 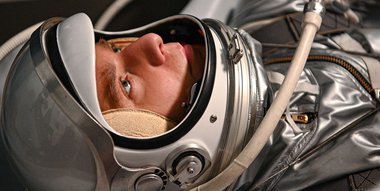