Tom's being especially lazy, which makes it even easier for Mammy to toss him out when her new mouse-catching robot cat, Mechano, arrives. Mechano is frighteningly efficient, foiling several attempts by Jerry. Jerry turns this efficiency against him by unleashing several mechanical mice; the zealous robot makes a shambles of the house, and finally itself, in the process of chasing them down. Tom is welcomed back, but at the last moment, a key part of the robot had gone down Tom's throat; Jerry activates it, and sends Tom chasing after one of the wind-up mice. 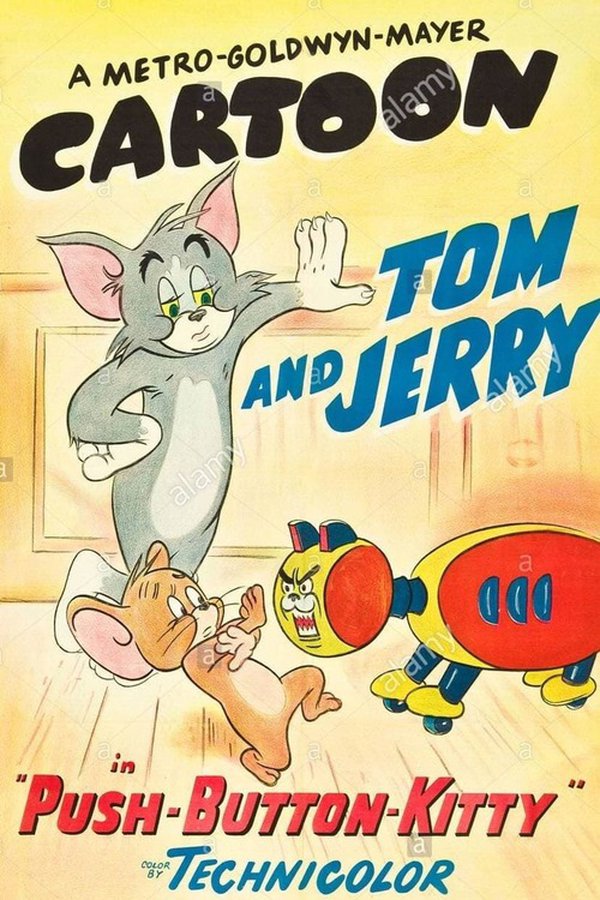