Black Books is a second-hand bookshop in London run by an Irishman named Bernard Black. He is probably the planet's worst-suited person to run such an establishment: he makes no effort to sell, closes at strange hours on a whim, is in a perpetual alcoholic stupor, abhors his customers (sometimes physically abusing them) and is often comatose at his desk. Help comes in the lumpy shape of Manny Bianco, a hairy, bumbling individual who (almost by osmosis) becomes Bernard's assistant. Manny is not exactly great at the job either but he is a million times better than Bernard. Next door is Fran, an anxious, frustrated woman who runs a sort of new-age shop selling the most unlikely bits of arty junk. Fran is friends with Bernard and, through him, with Manny; together the trio become embroiled in escapades that are sometimes extreme or violent or fantastically ludicrous, and always bizarre. 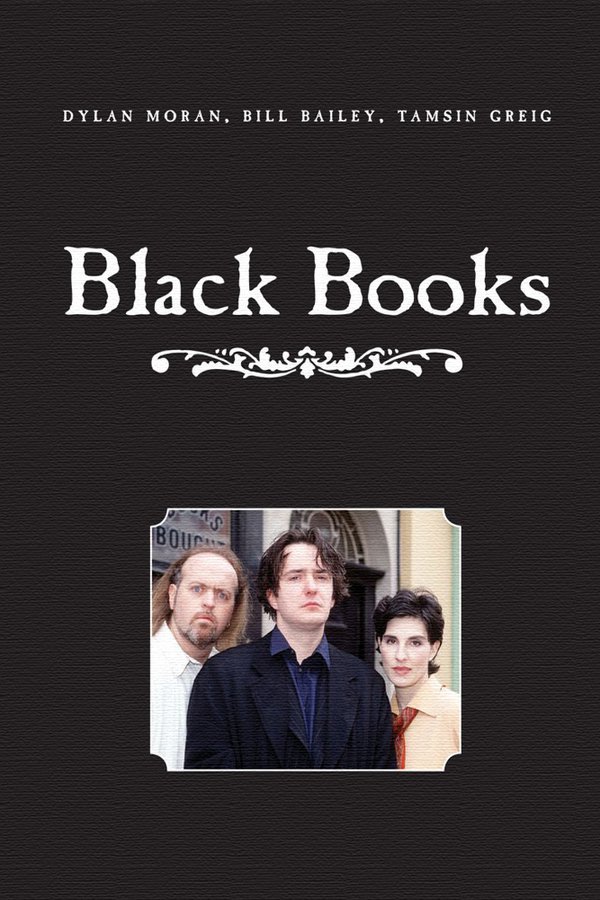