Bellator 203: Pitbull vs. Weichel 2 took place on July 14, 2018 at the Foro Italico in Rome, Italy. The event aired via tape delay in prime time on Paramount Network. The main event featured a rematch between Featherweight champion Patricio Freire and challenger Daniel Weichel. The pair previously met at Bellator 138 in June 2015, where Freire won via knockout in the second round. 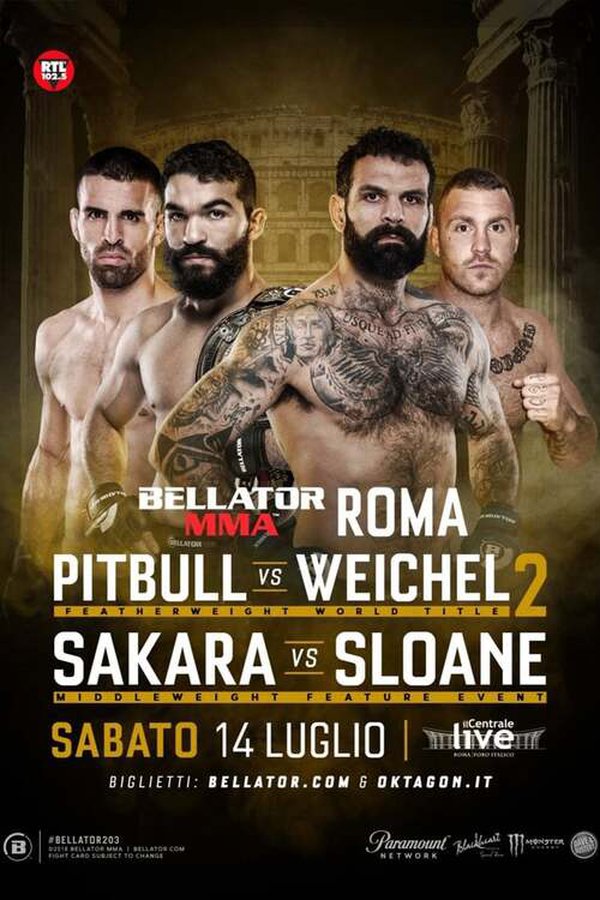