Beyond Scared Straight is a new series executive produced by Arnold Shapiro and based on his Academy Award and multiple Emmy-Winning documentary "Scared Straight!," that will profile unique approaches to juvenile crime prevention in prisons around the U.S.

"Scared Straight!" has become an iconic name and a cultural phenomenon over the years. The film made a huge impact - showcasing the radical and effective juvenile intervention program that took place in a New Jersey prison. Since they were created, both the prison program and the film have turned countless kids away from drugs, violence and crime. The power of the original "Scared Straight!" program has inspired dozens of inmate-run intervention programs in men's and women's prisons across the country; and this series will showcase several of them. Under the auspices of Arnold Shapiro, "Beyond Scared Straight" profiles the new approach to keeping today's kids from becoming tomorrow's convicts.

Much like the original version of "Scared Straight!," these youthful offender programs put boys and girls of all ethnicities, ranging in age from 13-18, into intensive one-day in-prison sessions that show them the realities of life behind bars. However, in many dramatic ways, these 21st Century programs are very different from the original because today's youth needs a different approach. For current teens, city streets can be as dangerous as the life they believe exists behind bars. TV, film and music have glorified the gang and prison experience and the task of "scaring" teens is more complicated now than ever. As a result, inmates have had to adapt their methods - making them more a combination of intimidation, information and communication - and the results for the new program have proven to be equally effective.

Each 60-minute episode of "Beyond Scared Straight" will focus on a different prison program in the U.S., following 4 -5 at-risk teens. Viewers will follow them as they attend the program, experience the 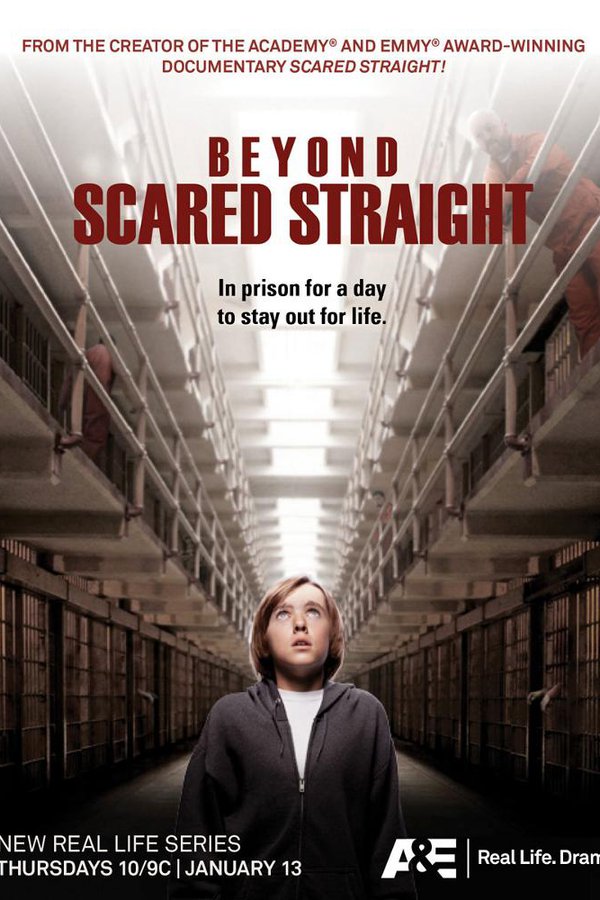