The animated Duck Dodgers television series ran for three seasons beginning in 2003 and was inspired by the 1953 Merrie Melodies cartoon "Duck Dodgers in the 24 1/2th Century"--essentially a spoof of science fiction book series Buck Rogers in the 25th Century and Flash Gordon. The series stars Daffy Duck as Duck Dodgers, a hapless duck frozen for three centuries, thawed in the 24 1/2th century, and then assigned by Chief Scientist Dr. Ignatius Q "I.Q." Hi to defend Earth from the Martians, who are ruled by the Martian Queen and protected by Martian commander X-2 (played by Marvin Martian). Duck Dodgers is an egotistical featherbrain who's easily distractible, so it often falls to his sidekick Cadet, played by Porky Pig, to hold things together and guide the team toward successfully completing its missions. In the 13 episodes included in this first season, each of which generally comprises two stories, Duck Dodgers repeatedly battles his archenemy X-2, but his attraction to the Martian Queen often complicates his missions, as does his sporadic realization that he and X-2 really have quite a lot in common. Among Duck Dodgers's other foes are a pollen-belching plant that causes accelerated aging (unless you're of Martian heritage, in which case it causes age regression), a fat-sucking vampire, a look-alike prisoner, a hoard of Martian gophers, pirate Long John Silver the 23rd, Nasty Canasta, and even Ed McMahon. Other notable episodes include "The Green Loontern," in which a mix-up at the local dry cleaners lands Duck Dodgers in the middle of a Green Lantern battle; "Where's Baby Smarty Pants?," when Duck Dodgers is tasked with transporting a wise-beyond-his-years baby and ends up discovering a hidden talent for impersonations; and "Hooray for Hollywood Planet," where there's much poking of fun at the process and artistic liberties involved in turning a "true story" into a successful Hollywood film. The Duck Dodgers series is a great blend of zany cartoon fun and space 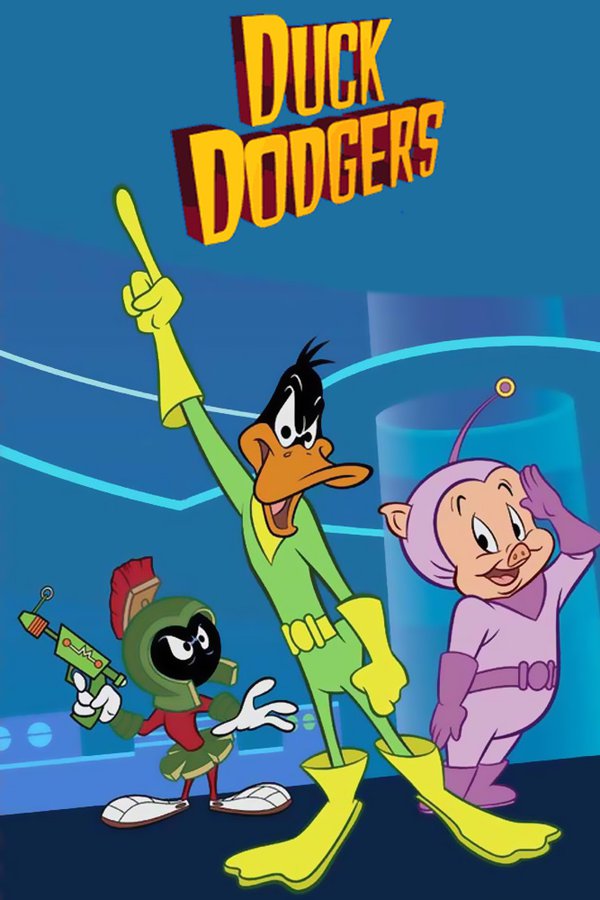