After many years spent at the "Cheers" bar, Frasier (Kelsey Grammer) moves back home to Seattle after his policeman father Martin Crane (John Mahoney) gets shot in the hip on duty. After Martin struggles with living alone after the incident, he moves in with Frasier in his luxury apartment at the Elliot Bay Towers along with his dog Eddie (played by Moose and later Enzo). Hired by Frasier, Daphne Moon (Jane Leeves) also moves in as Martin's personal physiotherapist. Also living nearby is his younger brother Niles Crane (David Hyde Pierce), who is also a Psychiatrist. 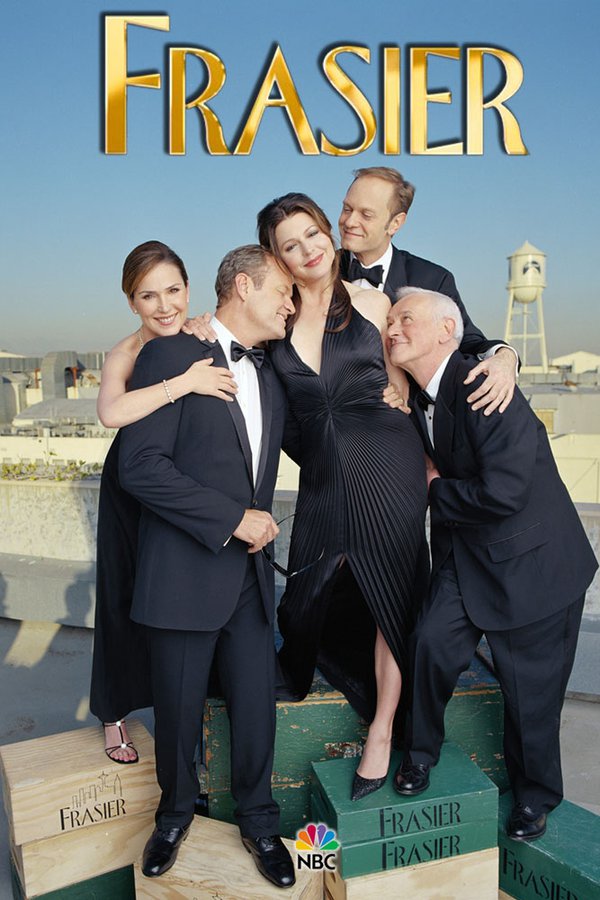