This is the Brazilian Version of the TV show The Apprentice where the contestants compete in this reality show. There are a total of 8 seasons. Between 1 and 5 season, the show was hosted by Roberto Justus, Group Newcomm CEO, while season 6 and 7 was hosted by Joao Doria Jr., president of the group Doria Associados. After an year hiatus, Justus is back in charge. 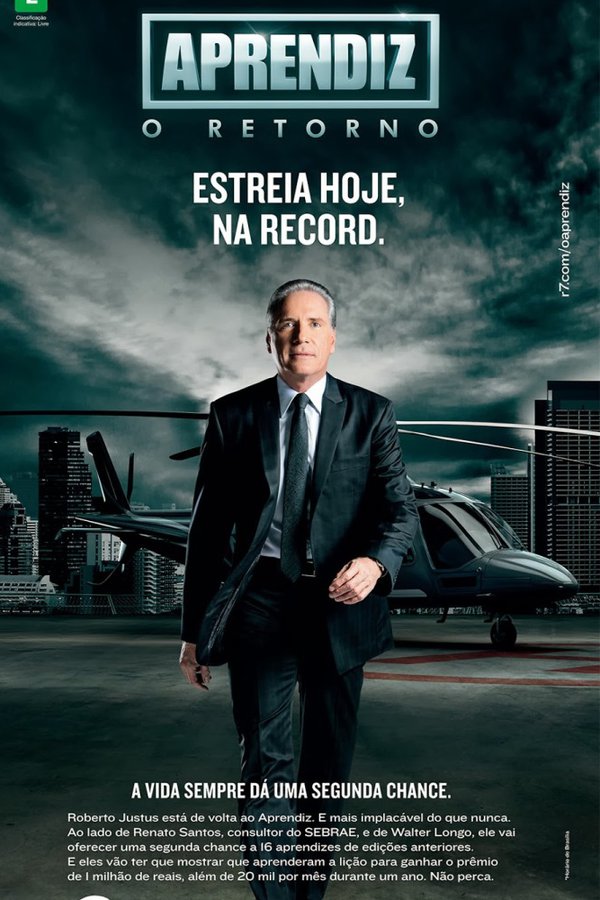