The War is Eternal. His Mission is Just the Beginning.

In an alternate world, humanity and vampires have warred for centuries. After the last Vampire War, the veteran Warrior Priest lives in obscurity with other humans inside one of the Church's walled cities. When the Priest's niece is kidnapped by vampires, the Priest breaks his vows to hunt them down. He is accompanied by the niece's boyfriend, who is a wasteland sheriff, and a former Warrior Priestess. 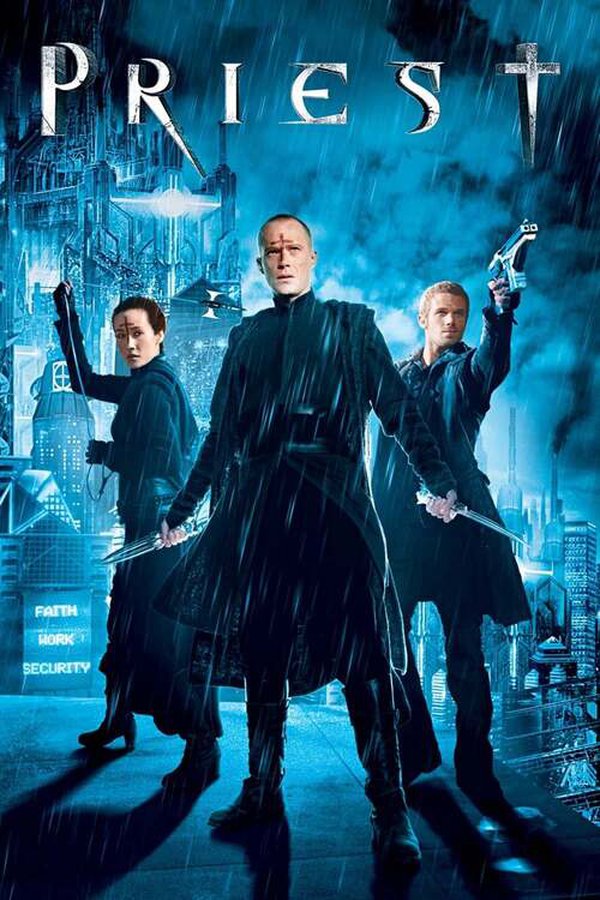 The acting is terrible but the story is impressive