UFC Fight Night: Cowboy vs. Cowboy (also known as UFC Fight Night 83) is an upcoming mixed martial arts event to be held on February 21, 2016 at the Consol Energy Center in Pittsburgh, Pennsylvania. The event will be the second that the promotion has hosted in Pittsburgh, and first since UFC Live: Kongo vs. Barry in June of 2011. It was originally expected to be headlined by a welterweight bout between former UFC Lightweight Championship challenger Donald Cerrone and Tim Means. On February 3, it was announced that Means was informed of a potential USADA anti-doping policy violation stemming from an out-of-competition sample collection. Because there was insufficient time for a full review and proper promotion before the scheduled bout, Means was pulled from the fight by the UFC. The following day, Alex Oliveira was announced as his replacement. 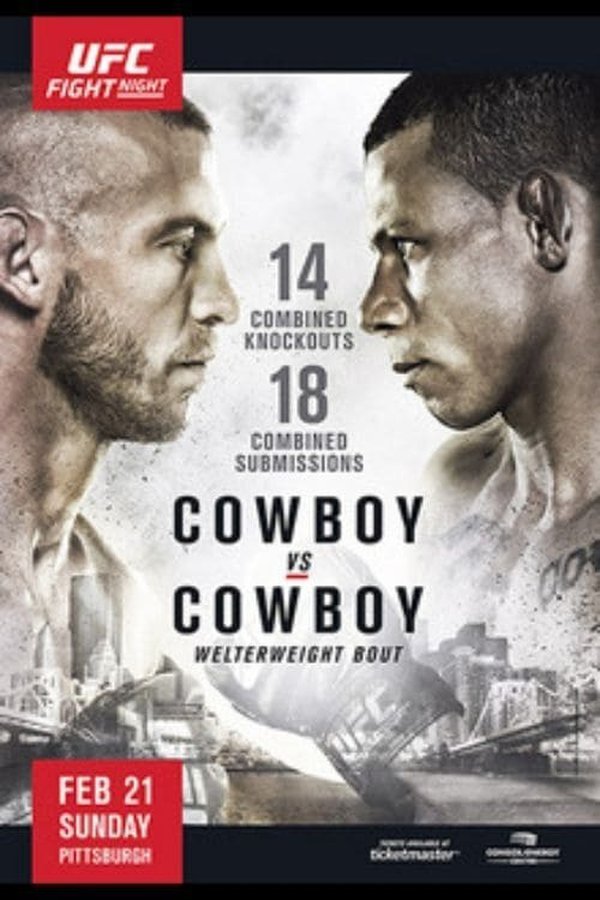