It is about a serial killer on the loose at the Vans Warped Tour who tries killing off the bands one by one, and features bands such as Me First and the Gimme Gimmes, Less Than Jake, The Used, Big D and the Kids Table, Rancid, The Horrorpops, The Suicide Machines, Dropkick Murphys, The Phenomenauts and many more. It was principally filmed during the summer of 2003 on the Vans Warped Tour, and features live performances from many of the bands.[1][2] The director also appears as the bandana-wrapped killer. With 110 onscreen deaths, it held the record for individual deaths in a horror film.[3] Four of the five members of Simple Plan are individually killed, making them the only band to get such individual treatment. According to the director's commentary, bassist David Desrosiers did not want to be killed. The Phenomenauts' actual tour bus, the "Phenomebomber" was blown up specially for the film. 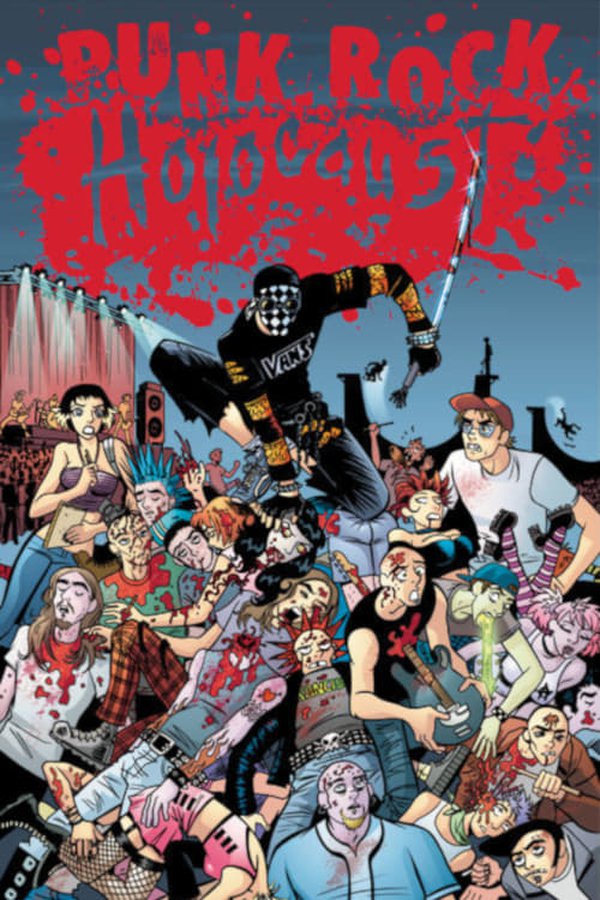