Jet, Spike, and Faye are after thier next bounty head, Decker. Spike gets a tip and is waiting for Decker in a bar along with every other bounty hunter in town. Faye is at an ice cream parlor waiting for Decker. Spike meets V.T., a female space trucker, by helping her beat up some of the crude bounty hunters in the bar during a fight. Faye sees Decker and gives chase, but with the high explosives he has he messes her ship up. The story of this episode revolves around the character of V.T.

Next episode
S01E08 - Waltz For Venus 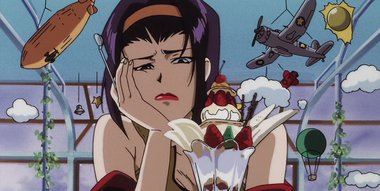