Adrien's relationship with Kagami begins to fall apart when he is forced to ditch several of their dates to protect Paris as Cat Noir. When Adrien drops the lucky charm he received from Marinette and Kagami finds it, she confronts him about him possibly lying to her and her heartbreak over the fact results in Shadow Moth akumatizing her into "Lies", a ghost-like villain with the ability to paralyze anyone who has lied in their entire life. Ladybug and Cat Noir defeat her, but she tells Adrien that she can't trust or be with someone who has lied to her and the two break up. 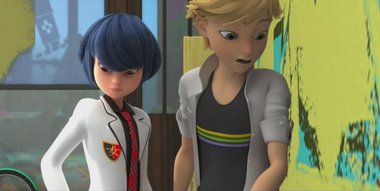