Later this summer, Marvel will launch a series of animated shorts titled Marvel Rising: Initiation. These shorts will build up to an animated film, Marvel Rising: Secret Warriors, that will premiere on Disney Channel in the fall. The story centers on teenage superhero Ghost-Spider (a version of Gwen Stacy who has acquired spider powers), who is on the run from the law after being framed for her friend’s murder. Ms. Marvel, Squirrel Girl, Quake, and Patriot are dispatched to bring her in, before they all find themselves teaming up to fight a threat no one had expected. This group of heroes is younger and more inclusive (in terms of both gender and ethnicity) than the mostly white male heroes who dominate the Marvel Cinematic Universe. 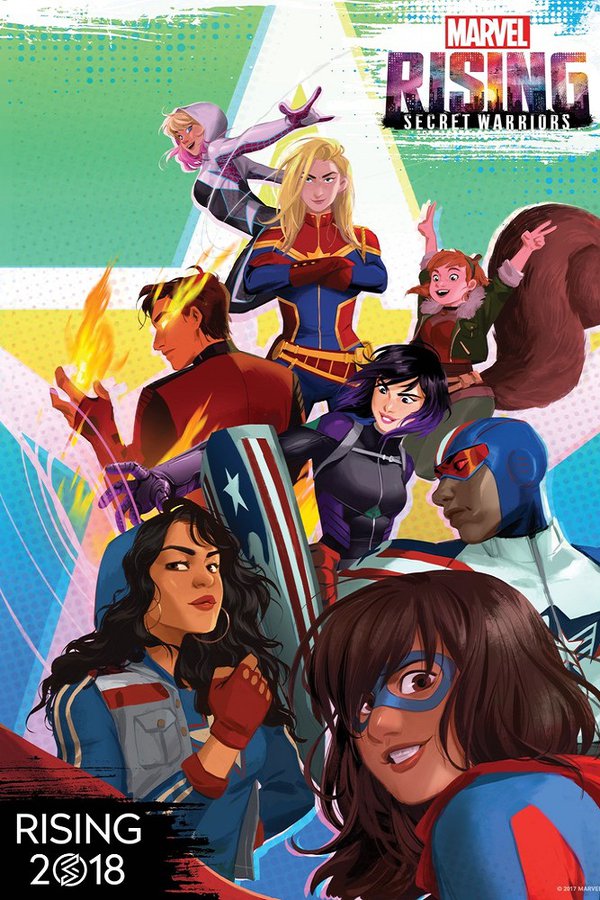