Seasons 1 to 5
Watch on Funimation Now

Seasons 1 to 4
Watch on Crunchyroll

From the shonen manga of the same name

Izuku Midoriya was born without superpowers in a world where 80% of the world's population has superpowers, called "Alters".

His dream is to enter Yuei, the famous and prestigious high school where so many heroes were born. He is followed by Toshinori Yagi who was also born without powers. He was able to recover the Alter of his mentor when he followed his teaching. Now Izuku's mentor, he passes on his Alter to him.

At school, Izuku met Ochako Uraraka by saving her life. She wishes to become a heroine to support her family. Shoto Todoroki is one of Izuku's friends. He has a great potential, hindered by a childhood trauma.

Katsuki Bakugo is Izuku's great rival. When they were younger, Katsuki used to abuse Izuku. He is very ambitious and wants to become the greatest hero of all times.

If some people use powers to do evil, it takes people who become heroes to fight them. This is the role of the school where Izuku is. It will take a lot of hardship and learning for this class of future heroes to emerge with honors. 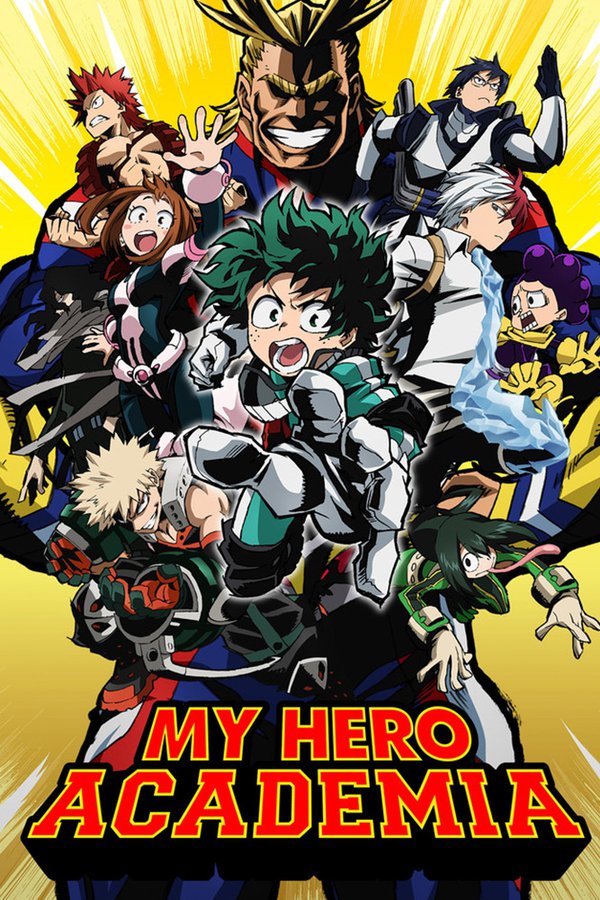 absolutely love this series but alot of the fandom makes the show get hated on, can’t wait for the rest of season 6 to get on hulu!

I love this so much

Akio Otsuka
All for One (voice)

Soichiro Hoshi
First One for All (voice)