Seasons 1 to 2
Watch on Adult Swim

Adapted from the manga of the same name

Saitama is a young man without a job. He gets depressed by not finding a deep purpose in his life. One day, he meets a crab man who is looking for a young boy "with a chin as cleft as an ass" in his words. When he finds him, Saitama tries to defend the boy. He defeats the crab man without any problem.

So Saitama decides to become a superhero and trains for three years! At the end of these three years, he became so strong that he manages to beat all his opponents with one punch. He then finds himself still a little depressed. As Saitama can't find anyone who can match him, he doesn't enjoy fighting. He forms Genos, a very powerful cyborg. He was a normal human until his whole family died because of a mysterious mad cyborg. Genos was then taken in by Professor Kidob who made him a cyborg.

Between them, they fight mad scientists, a mosquito invasion, sea monsters, a meteorite and an army of bald men. They both join the Hero Association and must pass tests in order to be in the Superhero Almanac. If they pass, they will legally become superheroes.
That's when one of the most powerful opponents, the King of the Deep, comes to town. 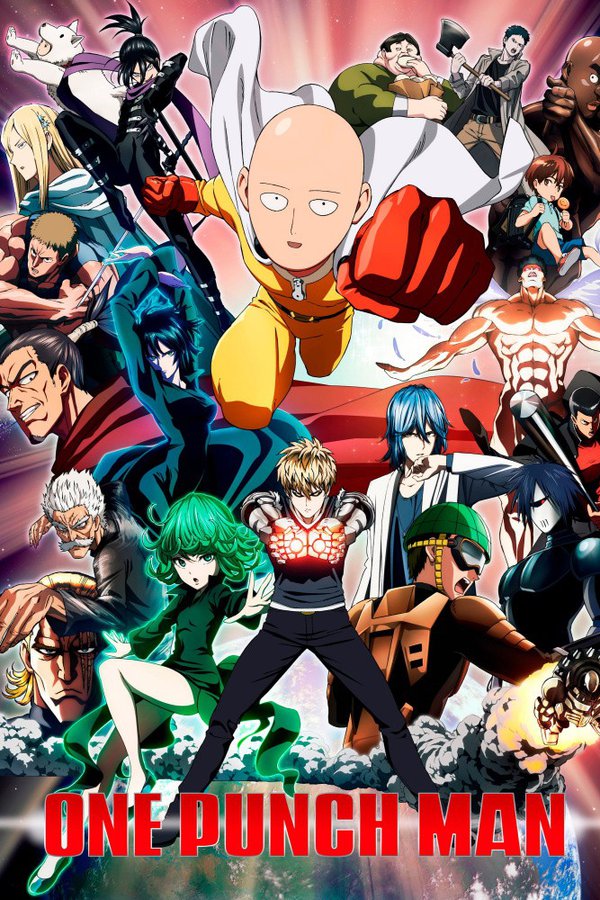