Lawyer Jennifer Walters (Tatiana Maslany) is the cousin of Bruce Banner (Mark Ruffalo) who is none other than the Avenger Hulk. While they are in a car, they have an accident and Bruce's blood contaminates Jennifer's. She finds herself with the same powers as Bruce. She then finds herself with the same powers as her cousin. She can become a green giant with superhuman strength!

Bruce teaches her all the basics of being a good superhero, mainly through various exercises in self-control. Jennifer feels that she quickly understands the ins and outs of her power, much to the dismay of Bruce who thinks she is still too much of a beginner.

Now famous, she wants to go back to being a lawyer. A legal department for cases involving super-humans is created. She-Hulk is called to represent the new firm. One of her first cases involves Emil Blonsky (Tim Roth) known as the Abomination, enemy of the Hulk! In conflict of interest, she does not wish to defend him.

She will have to face her main threat: Titania (Jameela Jamil), a rival almost similar to her. 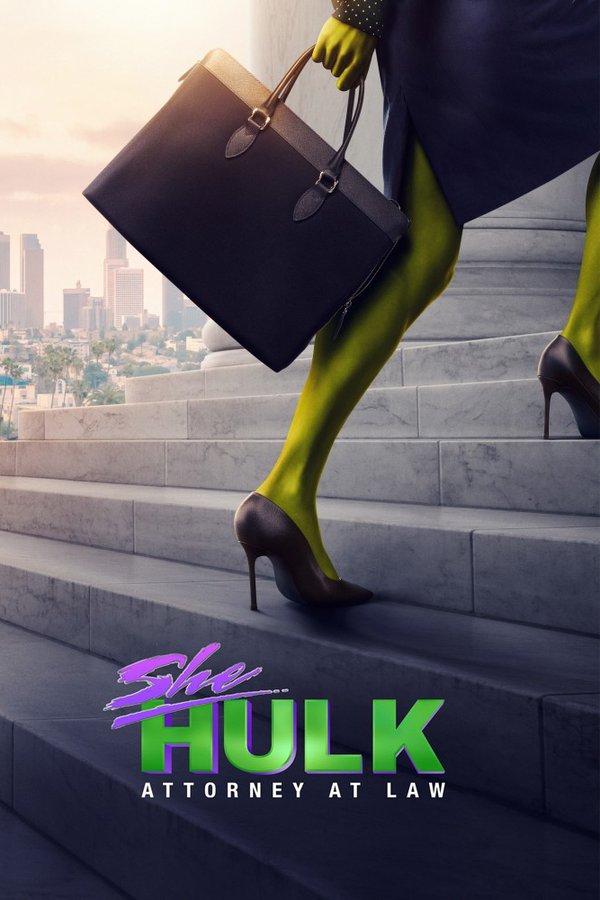