×
Loading in progress
Home → Shows → Comedy → You, Me and the Apocalypse

You, Me and the Apocalypse

In this bold, adrenaline-fueled new comedy drama, the news that a comet is on an unavoidable collision course with Earth sets in motion the most hilariously unexpected chain of events imaginable. Set against the backdrop of apocalyptic chaos, the story follows an eclectic group of seemingly unconnected characters around the world as their lives start to intersect in the most unexpected ways. And when we say "eclectic," we mean a rebellious priest, an unhinged white supremacist, a mild-mannered bank manager, a germophobic cyber terrorist and an American five-star general. Some of these misfits are destined to make it to a bunker deep beneath the English suburb of Slough, and as a result will become the hugely unlikely (and totally unsuitable) future of mankind. Wouldn't that be a disaster! 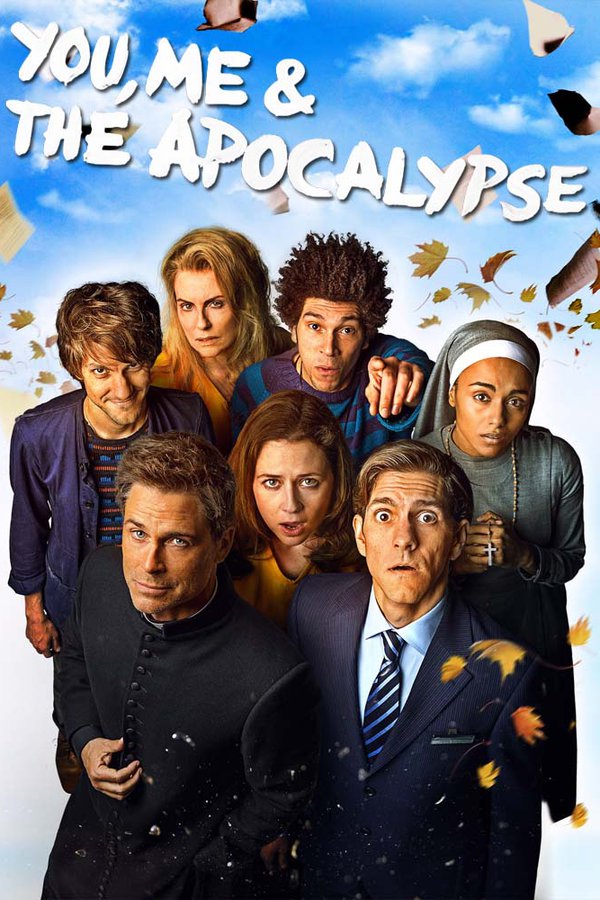